By The Handbook of Texas Women

TEX-SON GARMENT WORKERS’ STRIKE. Between February 1959 and January 1963, workers from the Tex-Son Garment Manufacturing Company, a factory that produced children’s apparel in San Antonio, Texas, conducted a strike for increased wages, an end to outsourcing, and greater job security. The garment workers were all female, and 90 percent of them were Mexican Americans, as were a number of prominent strike leaders. The strike was organized by Local 180 of the International Ladies’ Garment Workers Union (ILGWU) and was the first ILGWU strike led by Mexican American women. It also marked the first time that Mexican and Anglo women in Texas to 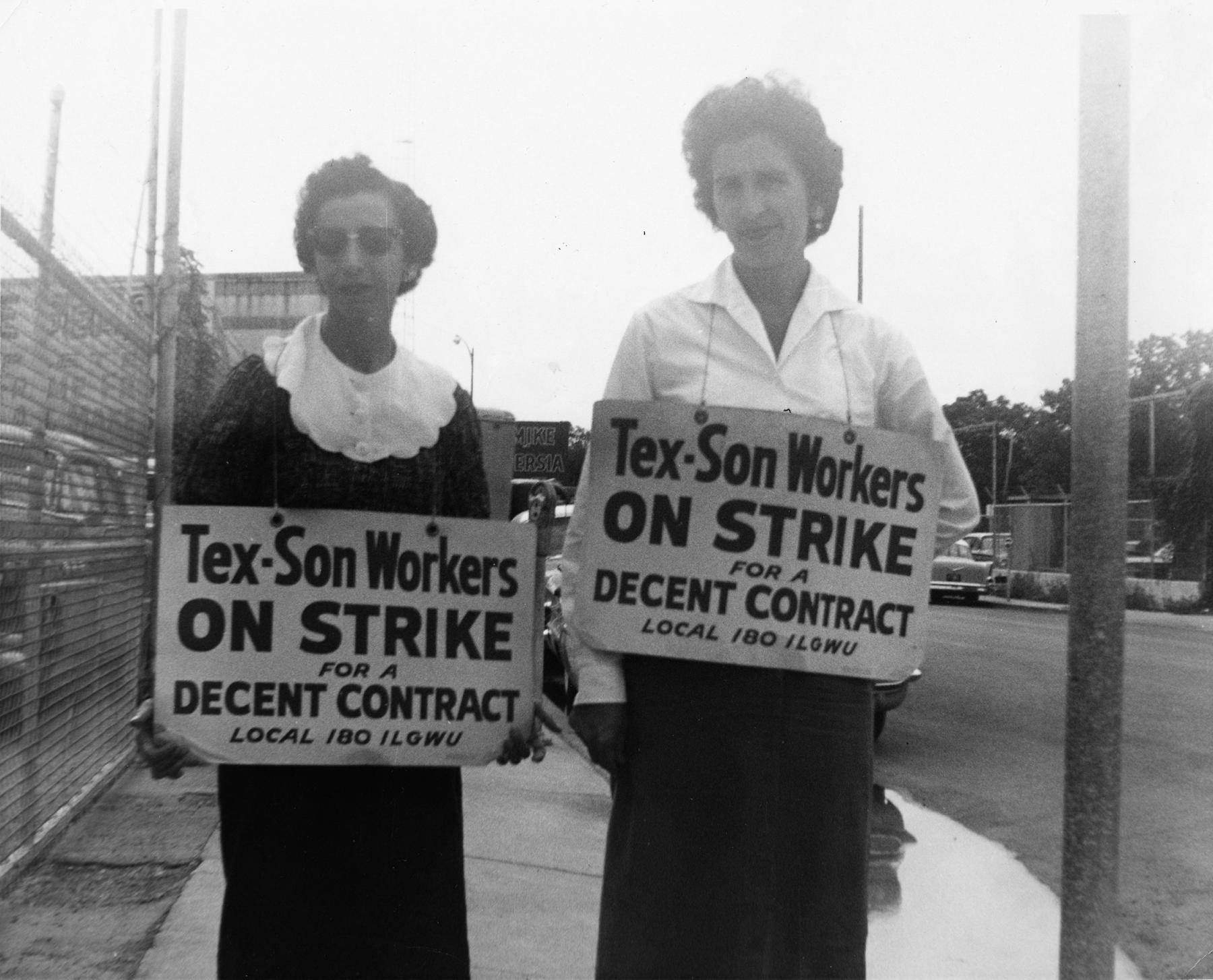 ok to the picket line together. Gregoria Montalbo was the president of Local 180, and Sophie Gonzalez, the ILGWU’s first Tejana organizer, became the most visible leader during the strike. She went on to organize other prominent work stoppages of garment workers, including the Farah Strike of 1972.

The Tex-Son workers complained of low wages, substandard working conditions, the outsourcing of labor to Tupelo, Mississippi, and a lack of benefits, including recognition of seniority rights and health services. Also, the union accused factory owners Harold and Emanuel Franzel of refusing to renegotiate contracts, and hiring Theo Weiss, an attorney with a reputation as a union-buster, to break the union. A union negotiating committee, consisting of the Texas director of the ILGWU George Lambert and including fourteen women (ten Tejanas and four Anglos), met with company representatives and tried to negotiate differences but failed. On February 24, 1959, 150 union members voted unanimously for the strike.

The first week of the strike was marked by violence between strikers and strikebreakers, and six women were arrested for inciting a riot. Company representatives and some media outlets blamed the strikers for much of the violence. The strikers included both U. S. citizens and non-citizens and ranged in age from teenagers to elderly women. Images of female strikers receiving rough treatment at the hands of police, however, also circulated in the media. The violence lessened as the strike progressed, but violent incidents occurred sporadically throughout the course of the strike. Some non-strikers reported “threats of bodily harm and attacks on their homes.” 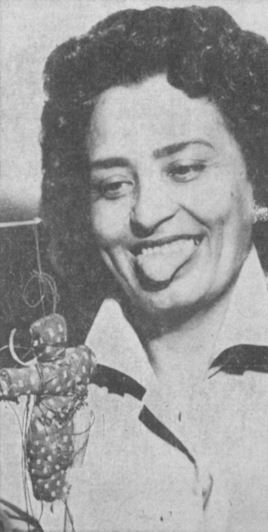 To counter the violent image generated by the early confrontations and to overcome accusations of unladylike behavior by some critics, Local 180 appealed to the community of San Antonio with a different message. They emphasized the maternal role of the female strikers and the just nature of their protest. Strikers also attempted to build public sympathy by taking their children to the picket line and distributing flyers with personal testimonies that spoke of hardship and sacrifice. One such statement was written by the young son of striker Helen Martínez. He explained the meaning of the strike to fellow children, and her children carried signs on the picket line to gain sympathy from onlookers and the press. The unionists also produced a film entitled Mother Is On Strike, which featured images of the strikers and their children. 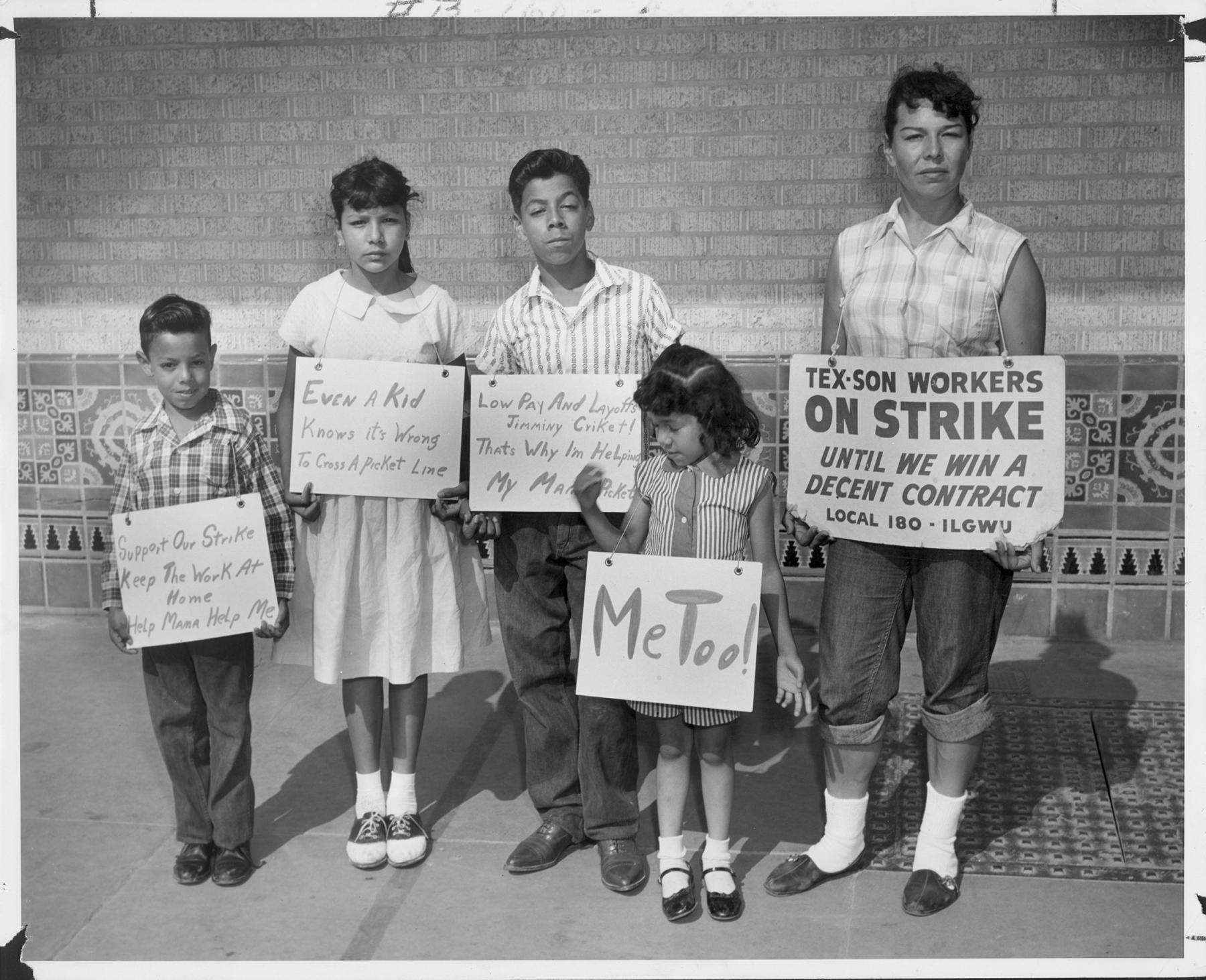 The union initiated a boycott of Tex-Son products. They handed out fliers detailing Tex-Son’s outsourcing of labor and released colorful balloons with boycott messages against retailers that carried Tex-Son goods. The strike committee sent letters to the workers who refused to join the strike and encouraged them to demand a raise and protest the outsourcing practices of the company. ILGWU members also organized parades with other unions to raise awareness of the issues. A copy of Helen Martínez’s Tex-Son weekly paycheck of $9.12 was published in an ILGWU pamphlet to publicize the strike nationwide.

The strike attracted picketing support from other unionists, including bus drivers, firefighters, and male representatives from the International Union of Brewery Workers. They received financial support from unions around the country, which allowed ILGWU to provide the strikers with twenty dollars a week in benefits. Bexar County Commissioner Albert Peña, Jr, a prominent civil rights leader, was a prominent supporter of the strike and wrote publicly of the picketers in his column in the AFL-CIO Weekly Dispatch, “I have known many men with less courage, and few men with more courage.” Peña hired his brother Richard Peña as attorney for Local 180.

A steady supply of Mexican immigrant labor, however, ensured that Tex-Son had ample replacement workers. As time went on, tensions arose between the strikers and the ILGWU leadership. The national union began to lose faith in a successful outcome and stopped its weekly benefits payments to the strikers in November 1960. By the end of July 1961 the strike team had suffered approximately 300 arrests and jailings and had faced numerous violent incidents. Frustrated workers lost faith in the strike leadership and began to quit the picket line. In fall 1962 Gregoria Montalbo and Sophie Gonzales left. On January 25, 1963, almost four years after the strike had begun, and with only eleven women remaining, the picket line was abandoned. Their demands had not been met. As a result of the strikers’ boycott, the Tex-Son company also met an ill-fated end; it went bankrupt shortly thereafter and eventually relocated to Dallas.

See entry in The Handbook of Texas Women